Innovation, The Internet, Standards And the Arrow of Time – Part I 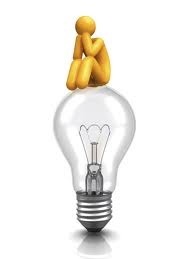 Like the ‘causal arrow of time‘, innovation moves forward in time with what has come before, always enhancing existing technology and the infrastructure that has come to depend on it, in the least disruptive way. However in each case there is always the same outcome, a lowering of costs, new customers and services, and increase in revenues. Two simple analogies come to mind:

The gas pump of today has changed little from the day it was invented by Sylvanus F. Bowser in Fort Wayne, Indiana on September 5, 1885. There’s a standard nozzle to dispense the fuel and there’s a metering mechanism to record the amount of fuel dispensed. All of this is ‘packaged’ in an attractive ‘pump’. By following a standard there is now a global distribution mechanism for gasoline that powers commerce.

In the case of the shipping containers it was the genius of one man, Malcolm McLean who relentlessly pursued an agenda that made ships, railroads and trucks bow to the intermodal container, and in the process made globalization and a new standard possible. In doing so he created a new economic order by leveraging existing delivery methods. There were five critical elements to McLeans vision which are mirrored in all global innovations. They are:

Now lets fast forward in time the invention that helped usher in the Internet. At it’s core the Internet depends on the telecommunications industry and the enhancements made over time to the design that started it all – two cans and a piece of string which later became the telephone. In the beginning inventors found a simple way to replace ‘vibrations on the wire’ (the two cans and a piece of string we all played with as kids) with electrical signals. From there the race was on to continue enhancing the existing infrastructure with what’s now known as ‘control signals’, all without disturbing or having to change the in-place technology and standards. Todays telecommunications systems has evolved to support a myriad of new signals the latest of which we currently know as the Internet.

The history of the Internet began with the development of electronic computers in the 1950s. The public was first introduced to the Internet when a message was sent from computer science Professor Leonard KleinRock’s laboratory at University of California, Los Angeles (UCLA), after the second piece of network equipment was installed at Stanford Research Institute (SRI). This connection not only enabled the first transmission to be made, but is also considered to be the first Internet backbone. In 1982 the Internet protocol suite (TCP/IP) was standardized and the concept of a world-wide network of fully interconnected TCP/IP networks called the Internet was introduced. At it’s core the Internet is based in the advances made by the telecommunications industry followed by the computer industry.

Next in the causal arrow of time came ‘Standard HTTP’ which was layered in as a standard on top of another TCP/IP. HTTP was designed as a very simple stateless protocol. (A communications protocol (layer) that treats each request as an independent transaction that is unrelated to any previous request, so that the communication consists of independent pairs of requests and responses. It can easily be compared to the early days of telephony. The early HTTP technology standards only contained what was necessary to make connections and transfer generic content. There was no concept of ‘Private Data’ in the early HTTP design(s). It was simply a fundamental hybrid of both a transport and presentation layer protocol for data transfer.

In the next and final installment of this blog i’ll talk about ‘Enhancing HTTP’ following in the same ‘causal arrow of time’ footsteps as all of the other innovations mentioned above.

We respect your privacy. This site uses only functional cookies for delivering our content. We do not automatically collect any personal or identifying data – not even for site analytics. No other data is collected unless you complete an information request form. Information request data is only used by us to respond to your enquiry.
Please note your acceptance to continue. Please see our Privacy Policy.
Accept